The location of the big G’s data centers is partly public while some other plans are not well enough. It is true that Google became a subsidiary of the company named Alphabet. As of this event, things got changed around.

For example, the rollout of Google Fiber got halted. However, they have focused a lot of resources and energy into providing and expanding their cloud services to the enterprise market. This puts them right up with Amazon Web Services and last but not the least- Microsoft Azure.

Thirty billion USD is how much Google spent on expanding their cloud data centers to compete in the enterprise space in the last three years. This creates one of the largest clouds out there. These data centers can be found all around the world so they can work for their target markets. Sometimes existing capacities are upgraded and sometimes brand new data centers are built and utilized.

How Many are There Actually? 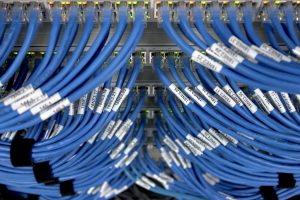 On Google’s list of data centers, there are 8 of them in the USA, 2 in Asia and 1 in South America. But think again before calling this list a short one as they are constantly expanding. Google’s cloud services are present on many locations around the world out of the official ones, plus they are using caching sites in colocation spaces around the world- these locations are kept in secret.

These data centers not only work to support cloud operations and run 24/7 but are also placed with strategy in mind, such is one that is for managing risks of natural disaster.

Many of Google’s data centers employ hundreds of people, like the one that opened in 2016 in Netherlands. It employs about 150 people. Google said that they have contracted a wind farm that operates nearby. This wind farm produces 62 megawatts.

After all, how many servers does Google have? There is no exact number published anywhere on the internet. You can bet it’s a huge number though.

There is a number that Gartner estimated back in July 2016 which was 2.5 million servers. Can you imagine that kind of capacity? This number is constantly upgrading as big G refreshes the hardware and expands the storage capacity.

I imagine this happens by the second, the number of terabytes just keeps rising as an unstoppable nature. Tens of hundreds of TB’s every few seconds. Imagine it’s size in 2020.